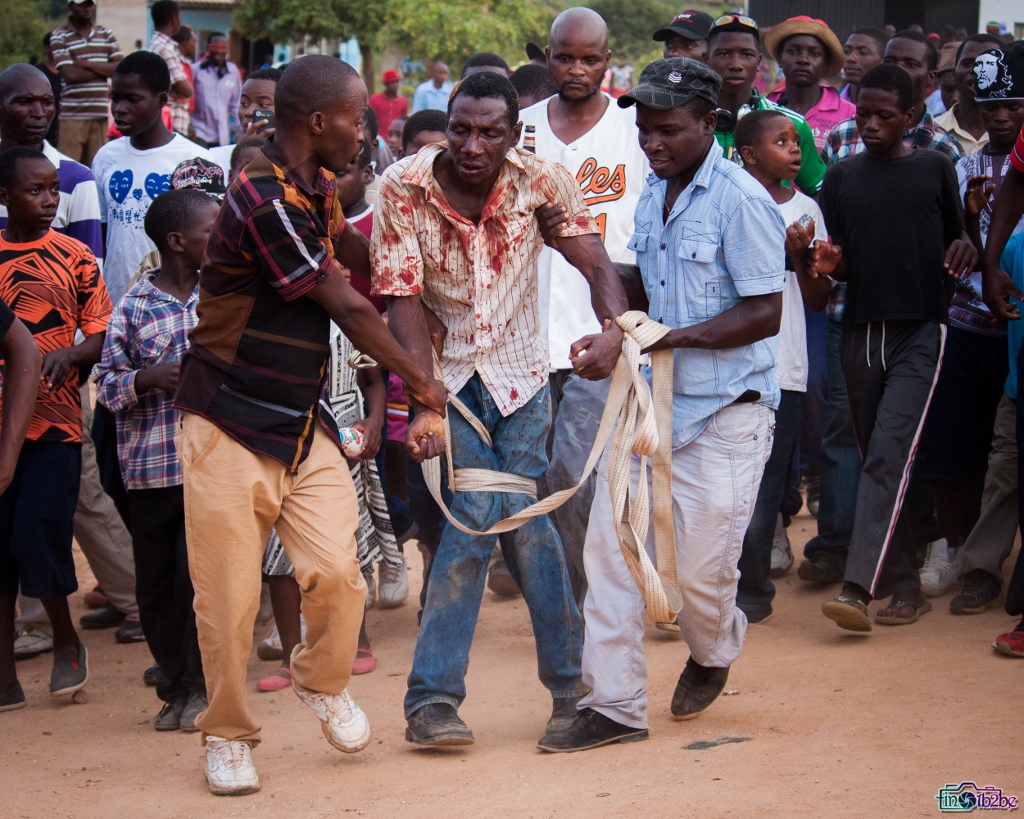 You would think that people in Zimbabwe would not celebrate the festive season because of the terrible status of our economy but I was soon proven wrong  on our family trip to my father’s rural home in Honde Valley. It was now Christmas day and my dad, my two uncles  and I decided to visit the local bottle store to buy more drinks for the family who were downing them like water. You can’t blame them it was one of the hottest Decembers in recent history with temperatures hitting 40 degrees Celsius on a daily basis. There were lively scenes at the stores. We never expected it at all. I guess it was also because “Kapfupi” was booked to perform at a hall nearby but it was good to see people enjoying themselves during such hard times. 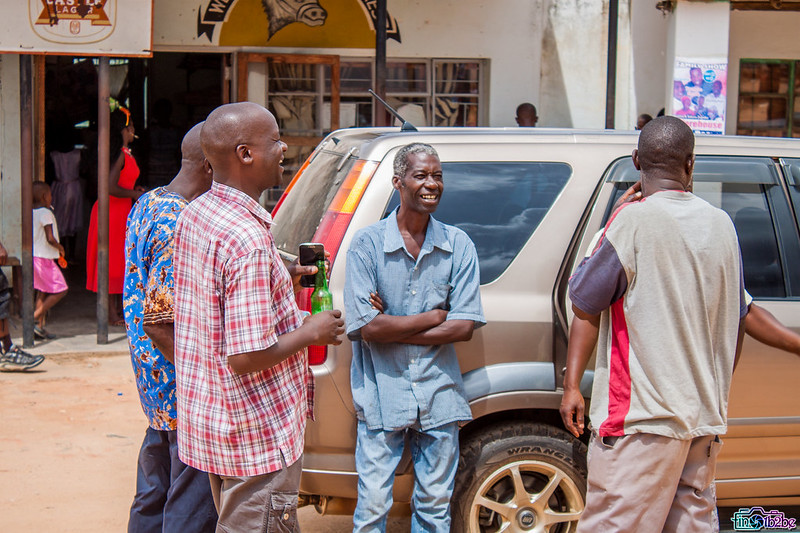 When everything was still normal…

As we were chilling with my father and uncles by the car, we were alarmed by the sudden roar of a mini bus engine, raving and driving in circles as if it was out of control. This was a scary scene because of the high density of people on the road were anyone could have been hit by this vehicle. A couple of men then rushed to the vehicles driver’s side to try stop the vehicle (it looked like the driver was on some rampage and people were trying to stop him) and this is when it all started. 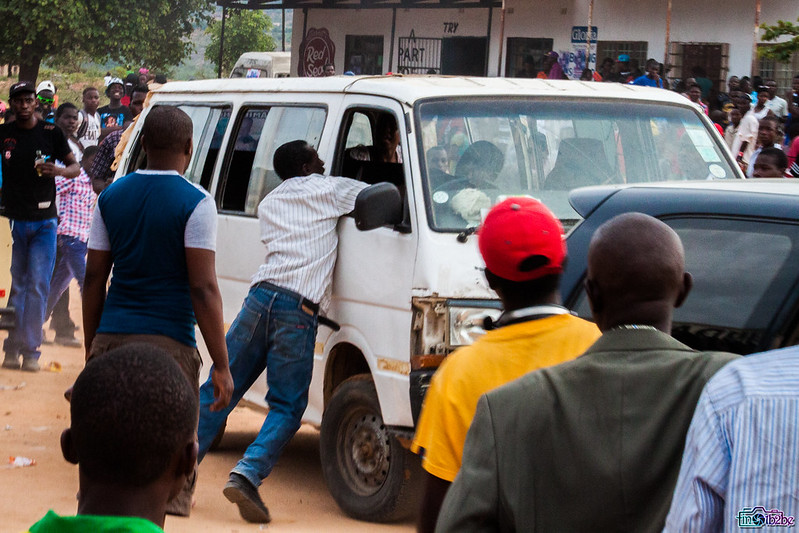 At first there was a verbal altercation between a man known as Zondayi Kapesi and several other men. A brawl broke soon out and I quickly grabbed my camera and switched to the long lens (55-250mm). I coudln’t work out exactly who was involved in the fight because of the large crowd and the smaller fights that were also in the area but soon it was clear that Zondayi was outnumbered and at one point, fought against four men at the same time. After these four men they kept coming one by one. At first they would try to stop the fight but would soon be sucked into it and defeated by Zondayi in most cases. As things got worse, Zondayi picked up a massive rock and started threatening people, chasing everyone around. Another guy trying to talk him out of it but as expected, they ended up fighting and that rock landed on the guy’s head at one point. I was surprised he wasn’t knocked out after the hit. 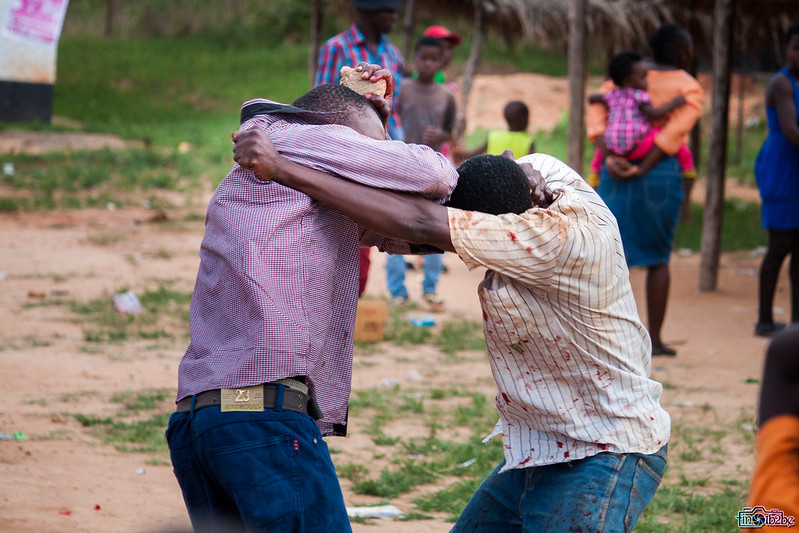 That’s a rock landing on his head there…

After this last confrontation with the purple shirt man, things started to get out of hand (like they weren’t already). Zondayi started running around chasing people, literally looking for people to start fight with. This is when a couple of men teamed up to take him down before he could harm any one else. They were lots of young children around the place. He was soon tackled and tied up. It seemed to have worked. He was now cooperating as the men dragged him to a nearby car which took him either to the hospital or the police station. The police finally showed up after all the action was gone…at least they came no one was really expecting them to. 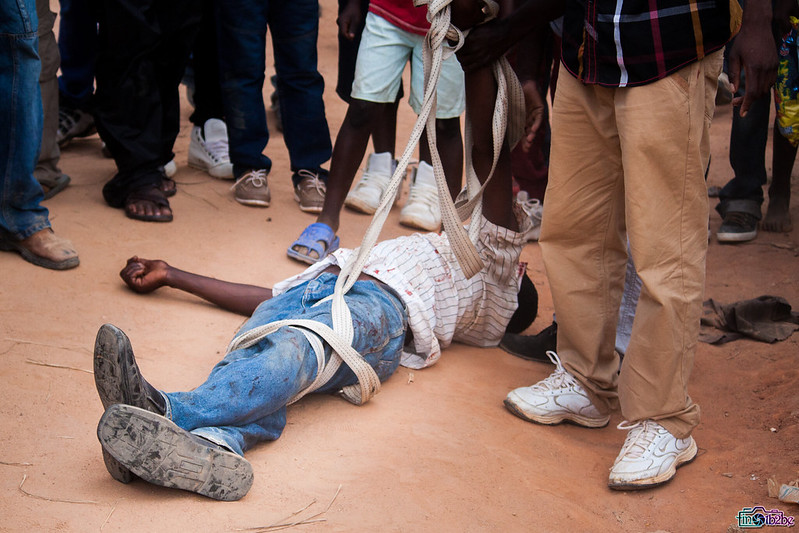 Zondayi after he had been captured.

It was a good experience shooting this fight. At first I was using Aperture Priority mode to shoot at f/9.0 so I could get everyone in focus. I soon realised it was letting me down with the slow shutter speeds which were too slow for the fast paced action. This was evident in the first few pictures I took. 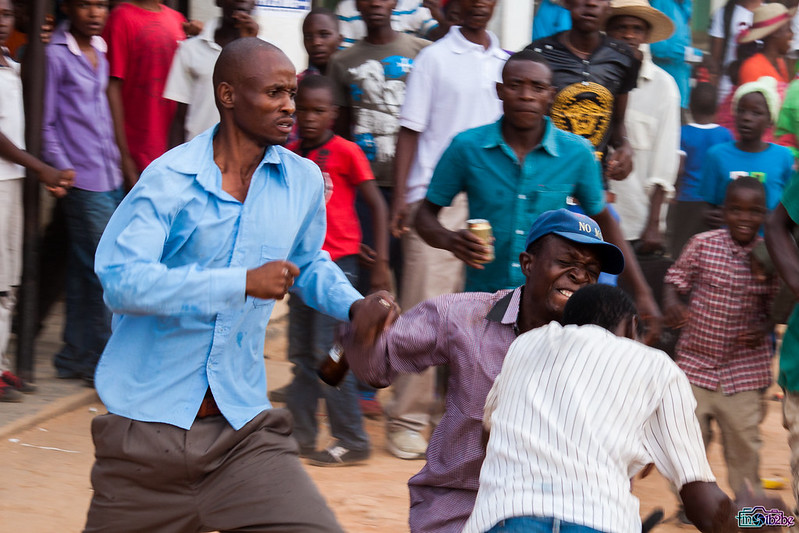 I now had to compromise the depth-of-field to freeze the motion and this is when I switched to Shutter Priority mode to shoot at 1/400 which is fast enough to freeze the motion but unfortunately the aperture opened up to it’s widest of f/4-5.6 depending on the focal length. 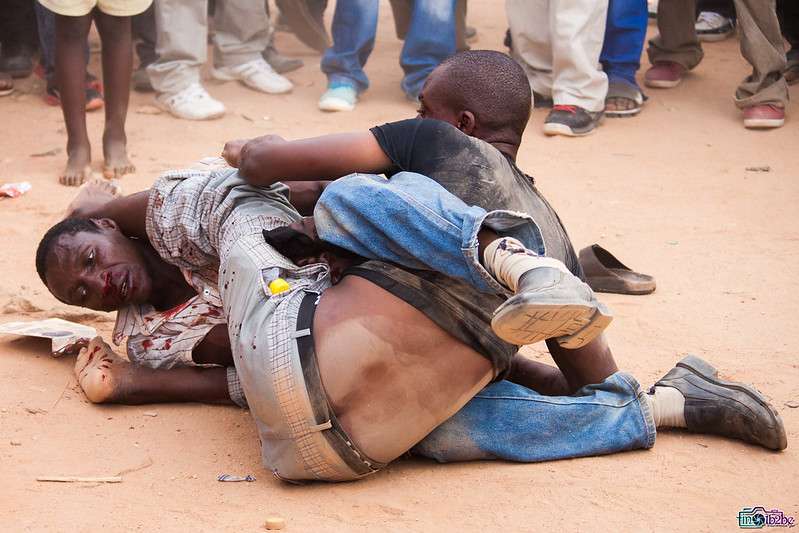 I later on realised that I could have pushed my ISO to 1600 (my personal max) to allow me to stop down my aperture by two or three stops and the noise wouldn’t have been bad at all because there was very good lighting and I could reduce it in post. Either way, I was very satisfied with the pictures I ended up with.

A few weeks later I was sad to hear that Zondayi had passed away apparently due to the injuries he sustained during the fight.  May his soul rest in peace. 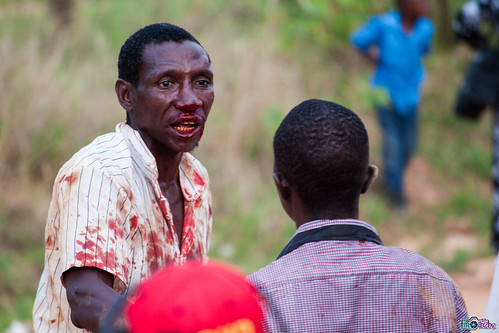 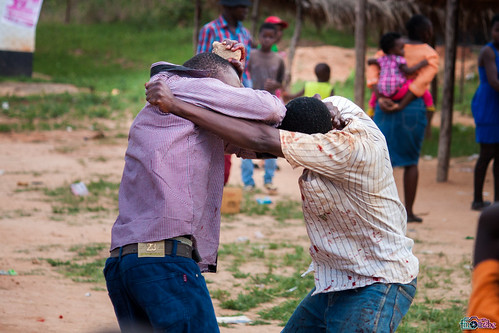 Rock in the head. 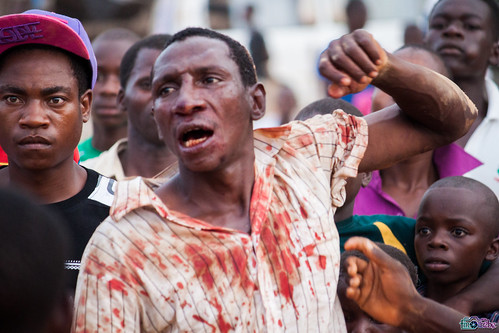 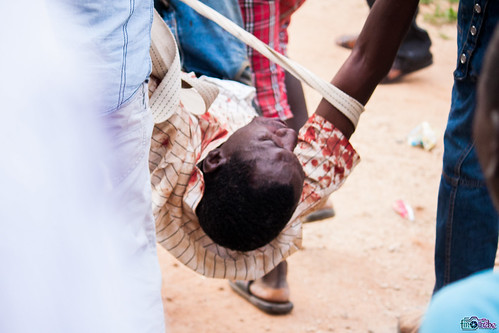 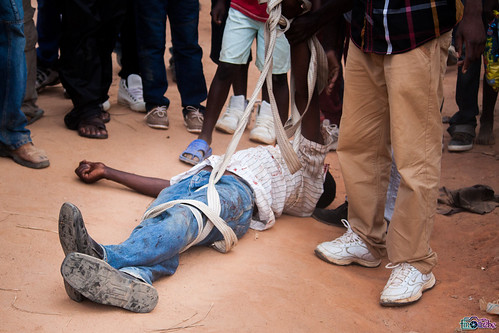 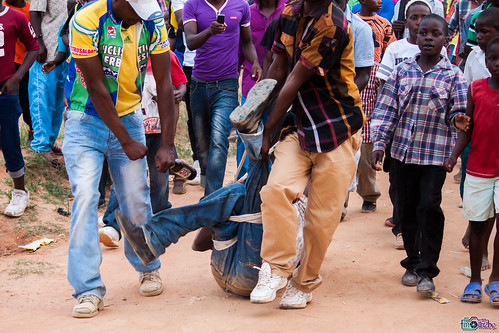 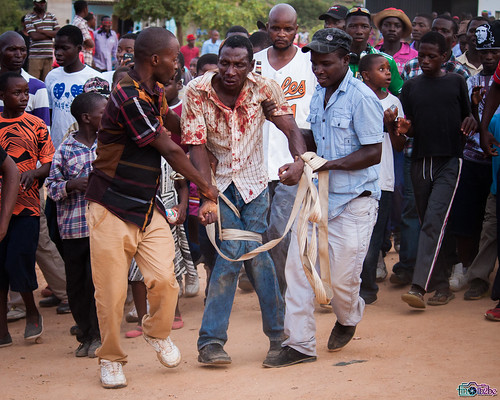 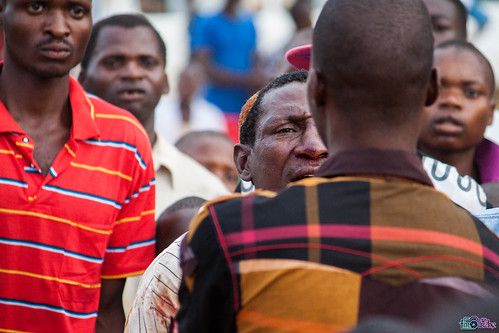 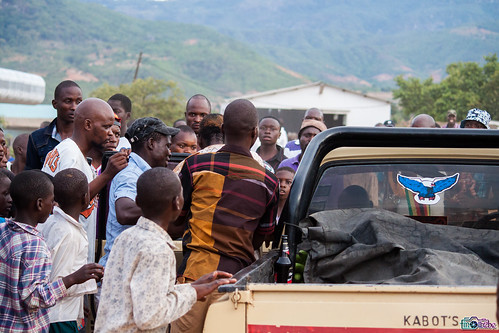